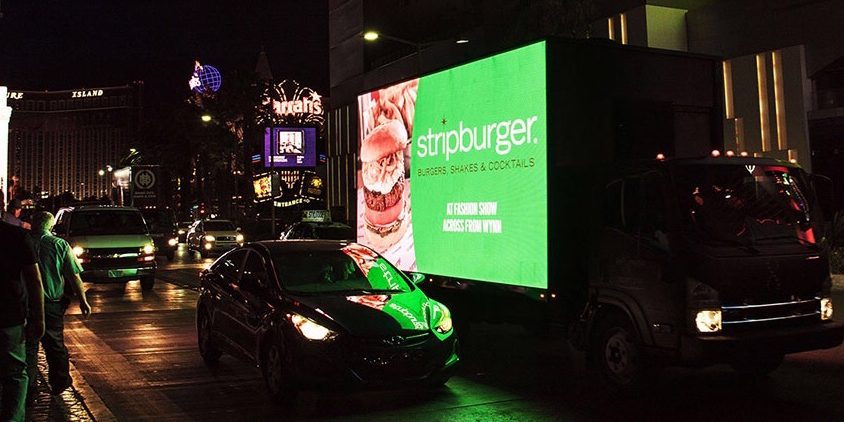 LED billboard trucks are a type of mobile billboard truck.  It is a modern communication system that combines the truck and large LED display with a three-dimensional video animation form in providing rich content for advertisement and information. These trucks provide product and brand promotion, concert information, sports events, and lots more. It creates effective publicity and maximizes advertisement effects.

They are very attractive because of their illuminating and contrast properties and can project a series of messages. It is used for the target audience and can be moved from location to location. Utilizing an LED billboard truck for advertisement is an excellent idea as it is one one of the most cost-effective forms of traditional advertisements like traditional billboards, radio, magazine, newspaper, and television.

How does it work?

Usually, the LED display on the truck projects videos, games, lifestreams or other advertisement forms that illustrate what you want to promote via brain searing images aimed at making sure you get the message with just a look. The LED billboard trucks move through locations that are target areas-usually predetermined. Periods like rush hours (morning and evening) when people are off to work, school are typically  the best advertising times.

At Premiere Mobile Billboards, we provide LED billboard trucks with excellent coverage from coast to coast. Unlike traditional billboards, our LED truck billboards cannot be turned off or ignored. It is an excellent tool for your advertising campaign, leaving a lasting impression on your customers — flexible packages ranging from daily to weekly, monthly and annual. We also provide you with access to out gps tracking system that allows you to always know where you truck is.

We cover a variety of campaigns. Below is a list of these campaign types to give you an overview.

Rest assured at Premiere Mobile Billboards you will receive significant value for advertising on a led billboard truck!