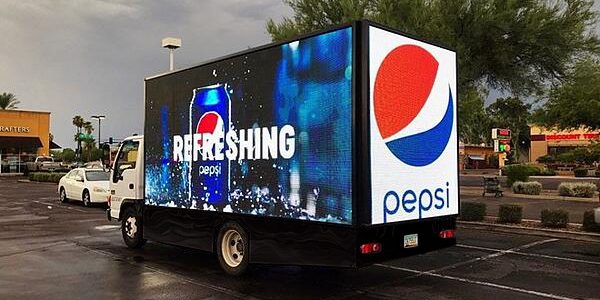 Billboards are large outdoor structures created for advertisements. They are situated in busy routes and high-traffic areas, to attract the attention of pedestrians or drivers. They require the use of visual advertisements to passing information across and market products. Advertisement using billboards are a great way to create awareness of your products or spread relevant information. Small, medium and large-scale enterprises can make use of this method of advertising.

This type of billboard advertising is movable, just as the name implies. It requires mobility, bringing it closer to potential consumers and this way, many people can see it. It has been proven by a study that a larger number of people recall images they have seen on a mobile billboard compared with images viewed on traditional billboards. It can be taken directly to its target audience and can be placed in areas with heavy pedestrian traffic like train stations, airports, sports centers, or other large crowd areas. For routes that have been covered, it can be repeated to ensure that the information passed across is retained. This works more for upcoming events. It saves space and is cost-effective, working with your budget to meet your needs.

Mobile billboards are also available as led billboards where trucks, vans, and cars are fitted with LED display screens perfect for visuals with varying degrees of brightness for any time of the day. They are very attractive and easily get the attention of pedestrians and drivers. It can also be customized to meet your target goal. For products advertised via the mobile LED billboard, it portrays visuals of how the product looks and works.

This type of billboard advertising can be digital or static which means it is not moved from one point to the other. It remains in a permanent location and requires large-sized stands made with steel and vinyl to portray its message. It is situated in heavy traffic areas to reach its intended viewers and create awareness about a product, company or pass a piece of information across. It typically cost more to advertise on them versus mobile bllboards. When testing advertisements, changes cannot be made abruptly to the traditional billboard unlike the digital mobile billboards which makes quick and easy changes when necessary.